Held by the Sea

HELD BY THE SEA 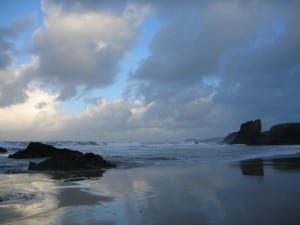 Awarded The Holyer An Gof award for the outstanding literary publication of 2012. Presented by the Cornish Literary Guild

Publisher Souvenir Press In book shops and as an e-book May 2011.

“I wrote the narration for the documentary The Art of Catching Lobsters. After it was broadcast Ernest Hecht at Souvenir Press got in touch with me and asked if I would like to write a book for them.” Photo used for book cover…

“HELD BY THE SEA is about my life with Nick Darke and Cornwall, what I learned about this world with him and after he died, about grief, creativity, family and belonging.”

Buy the book on Amazon

Extract from HELD BY THE SEA. Published 2010.

One year I took a photograph from the same place every day, looking down onto the beach. In summer the river narrowed and sand built up around it. The beach was covered in circles, like craters on the moon, from children digging. In winter the river fanned out, right across the bay and brought all the stones to the surface. The front edge of the bank at the top, where the sea meets dry sand, moved back. The dunes built up, new dune slacks appeared where the ridges got too high and fell away under their own pressure. On the surface of the beach, the sand was blown away in gales, except where small stones sat on towers of sand, weighting it down. Crescents of sand built around the seaweed and other wreck, eventually covering it. The tide line moved up and down the bay, day after day, for a week, down to the lowest neap tide, then, day after day, for a week, back up to the highest spring tide, like a pulse.

This beach is defined by the surrounding cliffs. From them you look on sand or sea depending on the tide. At the lowest point the beach is all slate with lines of quartz running through. This slate layer is over two thousand metres deep and tilted. Slate is a metamorphic rock, heated under pressure as layer upon layer of sediment builds up. These layers are vulnerable, the movement of the earth’s crust buckles and twists the rock. On the surface the sea reaches into cracks between the layers and pulls out loose material. Often the layers are tilted up to vertical, rain and ice work into joints until the top layers slide away. Rock falls are common. Caves form and collapse. Holes appear in promontories of rock as the sea pounds from both sides, the hole becomes an arch, the arch falls. The rock is ground to nothing in the sand. 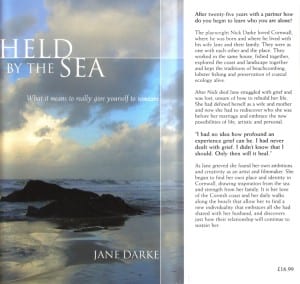 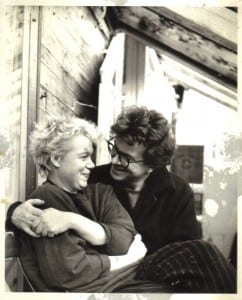 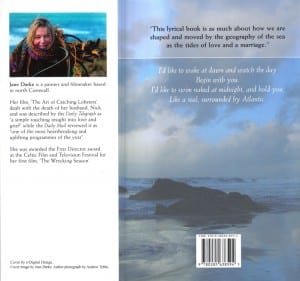