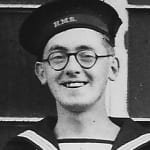 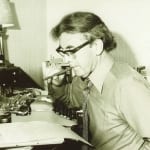 The film now has an hour long version, broadcast on BBC FOUR in 2017 to celebrate the 100th anniversary of Causley’s birth.

A documentary film, 90 minutes in length. (Interval if desired)

This film was directed by JANE DARKE who made the classic Cornish film THE WRECKING SEASON, about beachcombing in Cornwall, which was shown in the first years of Carn to Cove at village Halls all over Cornwall and on BBC 4 in 2005 and 2010.

This, her fourth film, is about the well-loved Cornish poet Charles Causley a favourite poet for adults and children.

Causley was a good friend to many poets including Ted Hughes and Philip Larkin. He produced numerous volumes of poetry and was often on BBC radio. He worked for most of his life as a school teacher in Launceston.

The film features many of his best poems, some set to music by his distant relation Jim Causley on his successful CD CYPRUS WELL. There is archive footage of Causley and interviews with poets who respect his work such as Simon Armitage, Roger McGough and Andrew Motion. There are also memories from people who knew him well, Mike Shepherd of Kneehigh, co-workers and friends in his home town and stories of his experiences during World War II while in the navy.