Dune Cut Back On Cornish Beaches and Old Plastic Release 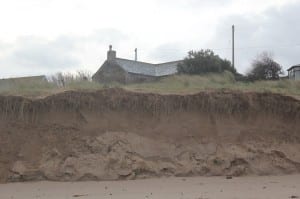 This is my house.

This winter all the dunes in Cornwall have been cut back by the winter storms. Millions of tons of sand have been moved around the beaches and it still hasn’t settled. In the early part of February the dunes on Porthcothan where I live were cut back by about twenty feet and will continue to fall away over the coming year as high tides cut away at the base and the sun causes the sand at the top to dry out and fall away. 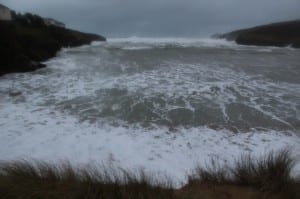 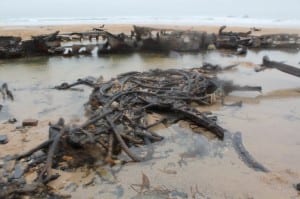 The Wreck of the Karl on Boobies Bay.This wreck is usually covered by sand. She was last exposed to this extent about 15 years ago.The sand protects her from being broken up by the sea and from trophy hunters. She was wrecked in 1917 but the masts, rope, cable and chain have survived. 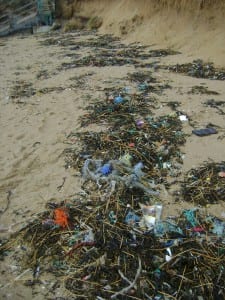 One of the consequences of this has been the release of very old plastic buried in the sand onto the beaches. It has been difficult to know what has just been brought in by the tide and what has been lying in the dunes for decades.