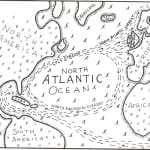 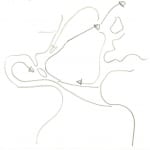 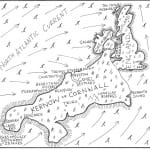 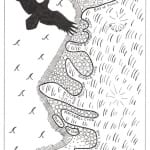 The system of currents that flows around our planet has been named the Global Conveyor. It consists of cold deep water currents which originate near the poles driven by differences in salinity and warm water currents driven by surface winds which originate at the equator. The direction of the current flow is determined also by the turn of the earth- east to west and by continental land mass which interrupt the flow. This turning causes the currents to flow in a circular motion. In the Northern Hemisphere they flow clockwise and in the Southern Hemisphere they flow anti-clockwise – like water going down a plug hole. This circular flow of water is called a gyre.

There are seven gyres in the world’s oceans. At the centre of each gyre the water is comparatively still. In the Atlantic this is just east of the Azores. Those who sail into it have found debris, large pieces of wood, cable reels and plastic floating together. It’s interesting that the algae and goose barnacles that grow on the debris provide food for fish and turtles in a place where food is scarce and shelter from larger predators that cruise the wide ocean.

The Gulf Stream current is the driving force in the North Atlantic. It originates in the warm waters of the Gulf of Mexico 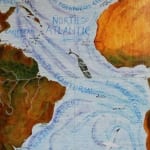 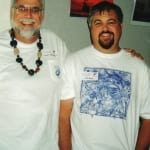 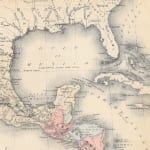