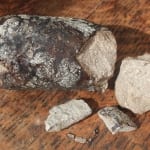 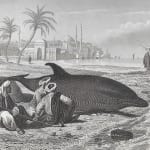 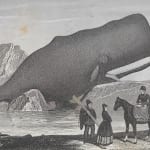 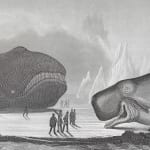 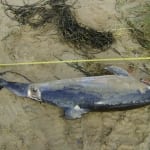 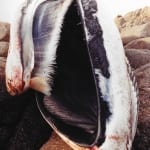 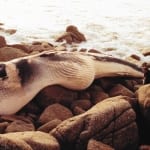 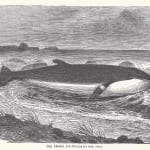 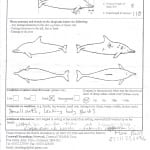 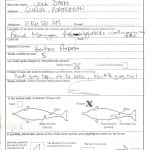 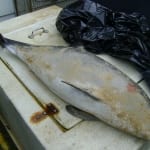 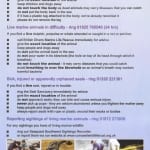 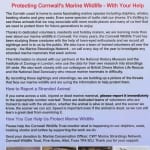 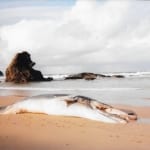 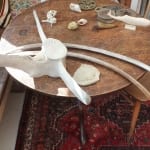 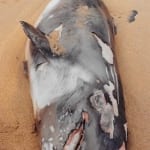 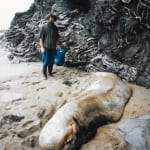 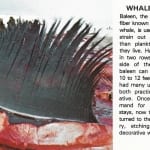 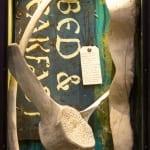 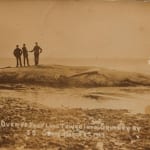 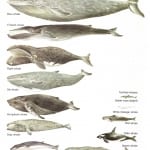 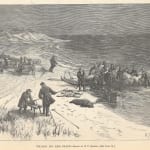 Whales can travel freely around the oceans of the world. Some have particular migration routes. The most common whales around the coast of the UK and Ireland are Minke, Fin whales, Sperm whales, Pilot whales and orcas. Sometimes they come ashore alive singly or in mass strandings and they almost always die. It is thought that they are disorientated by sounds underwater, human signalling systems and blasting may play their part. They frequently wash ashore dead sometimes from natural causes, increasingly plastic is found in the guts of the toothed whales. Sperm whales eat squid. Floating plastic bags and balloons trailing ribbon look like squid when floating in the sea.

Ambergris is a naturally occurring resin made in the stomach of a sperm whale. The outside has a waxy surface but inside its granular, containing small pieces of bone and black slivers of squid beak. It is thought that the gut produces this resin to protect it from sharp pieces of squid beak. Squid are the main food of sperm whales. No one is quite sure which end of the whale expels the ambergris. It’s found rarely on beaches anywhere where sperm whales are – which is anywhere. This piece is small, they can weigh many kilos. I found it on my beach 10 years before I realised what it was. I knew it wasn’t plastic.

Ambergris has been used as the base for the most expensive perfumes since the Egyptian civilisation 3,000 years ago. It smells faintly of honeysuckle.

This is a test used to identify it:

Heat a needle and touch the item with it. If it’s ambergris it will become oily, melting to a black residue and giving off a musky smelling smoke.

The sperm whale can dive down 3 km so this piece of ambergris may have travelled to that depth.

The rest: Blue, Finback, Right, Sei, Humpback, Gray and Minke whales filter seawater with baleen strips of a fibrous material. They take a gulp of water and krill and force the water out through the fibres so that the food remains. The largest animal on the planet, the blue whale feeds this way, diving down 300 metres then coming up under the mass of krill.

My son Jim works as a fisheries scientist. His work in New Zealand has included looking at sea lions and fur seal populations and at the Hoki fishery and South American tooth fish populations in the South Atlantic. The squid is a food source for all these pelagic fish. He has therefore analysed squid beaks from seal droppings to determine the age and size of squid consumed. The squid in the piece of ambergris would have been about half a metre. Squid come in a variety of sizes from as small as a thumb to 18 metres for a giant. Sperm whale will hunt giant squid into the deep ocean. So he was surprised that these samples were so small. Maybe this ambergris is from a young whale?