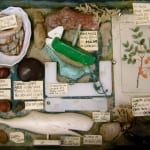 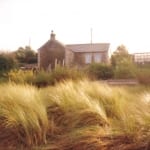 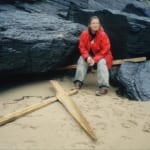 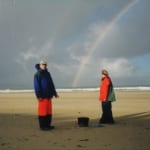 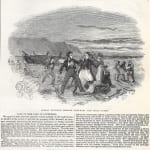 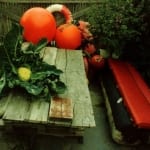 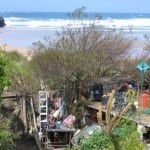 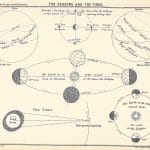 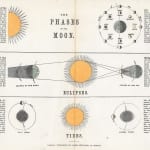 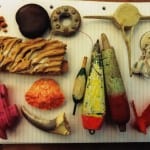 Beachcombing in Cornwall is called wrecking. A wreck breaks up, washes ashore, becomes wreckage. To look for this debris and take it is therefore ‘wrecking’. Wrecking is not the luring of ships onto rocks as portrayed by Daphne du Maurier in Jamaica Inn. This wrecking has never been recorded in Cornwall though it might have happened once or twice a long, long time ago. It is true that many were arrested for taking wreck once it was on a beach. Cornwall has known poverty through generations and there were those who watched as ships foundered and waited to see what they would get and some must have left the dying until after they hid the cargo they had taken. Many paths were made down to lonely coves. Some wreckers had hand carts; some used ponies to take up what they found in them.

Even now Insurance companies employ people to guard valuable cargo and the Revenue will be present when a ship runs aground to film anyone taking possession of what they find.

Salvage at sea is big business. The owners of the salvage ship The Odyssey have made millions cracking open wrecks on the sea floor loaded with silver and gold. When they do so they disturb other cargo they aren’t interested in which floats away in the next storm.

Wrecking was and is a tradition, though not many rely on it in the way that they did, not on the main land. Islanders on The Scillies and the Outer Hebrides still do. I know this because I’ve seen the piles of wood and buoys left by wreckers there above high water. If you leave wreck above high water it’s claimed so no one should touch it except you. All islanders have to scavenge to a certain degree because it costs a great deal to get anything shipped over, they have to reuse, remake and recycle. I know a coach driver on South Uist who keeps defunct coaches next to his house for spares. On the main land we have started to recycle again and some of us are beginning to reuse and remake.

These days there are many more people living in Cornwall and I don’t know if The Wrecking Season is partly responsible but there are a lot more people checking the beaches. Maybe it’s because they want to pick up the plastic that washes in, maybe it’s the romance of beachcombing but there are blogs, websites, Facebook sites, artists, photographers, crafts people, scientists, conservationists, film makers, writers and quite a few obsessive collectors out there on beaches now, all working them in one way or another.

The Modern Wrecker by Nick Darke

Wrecking is a secretive business. Wreckers don’t like to encourage competition. The old unwritten law that anything left above high water mark belongs to the person who put it there still applies. Although the tide tends to take flotsam up the coast, south to north, 90% of all that’s washed in is windborn. The Cornish for drift is mos gans an dowr ha’n gwuns, ‘borne by the wind over water’.

Wrecking is not for the faint-hearted. I wreck in all weathers and at all times of day and night, whenever the tide is best, the conditions conducive. The more you wreck the less you need to do it. You get to know whether there’s going to be any wreck or not. A sixth sense develops and often when conditions appear to be just right I stay at home, knowing that the beach will be clean. What are the conditions? Well obviously an onshore wind is vital but it has to be gale force and to have been blowing non-stop for at least three tides. The direction of the wind is as important as its strength and you choose the beach or cove you wreck by which way the wind’s blowing. My grandfather would not set foot outside the door unless he knew there was a ship gone down and therefore wreck to be had, but most wrecking these days is ‘blind’ in the same way that we ‘blind-haul’ seine nets without the benefit of the knowledge of a huge shoal of bass or mullet. We just hope they are there! Sometimes, usually once in a winter, a deck cargo is jettisoned and it comes home. It might be joinery-class cedar, hemlock, hardwood or rough-sawn oak. One year it was bamboo- four hundred 8ft lengths we picked up. There’s not so much dunnage as there once was- short lengths of hard wood used for packing cargoes into the holds of freighters. My grandfather would pick up ships’ timbers of the finest quality and build his furniture from them. My father picked up a cask of Algerian wine. It was undrinkable but it didn’t go to waste. In 1911 a coal ship went down off our bay, we are still picking up the coal. When I was a boy I found a tin of sherbet and a crate of oranges.

The ocean is remarkably selective. There is one cove that takes nothing but clothing and footwear. Cloth, rags, shirts, flippers, snorkels, masks, underwear, swimwear, plastic shoes and trainers are washed up there amongst thick swathes of kelp. Once after a huge ground sea had pounded the coast for days I found a collection of nuts- beech nuts, hazel nuts, a plum stone and two peach stones all lying in a square yard of sand in the centre of the beach. After one storm I found a piece of parquet flooring, 4”x 1/2. Six feet away I found an identical bit. They must have come from the same boat at the same time but who would have thought they could stay together in a sea like that? There was a consignment of bicycle seats came in. Strewn all up the coast. I found one which was covered with a colony of goose barnacles. Twenty feet away there was another seat, the same make, same model but clean as a whistle without a goose barnacle on it.

An almost inaccessible cove near us is an excellent place for large baulks of timber. We wreck it through the winter, leave the wood in a pile on the rocks and the first calm day in summer we ride in on top of the tide in the boat and tow a whole year’s wreck round into the main bay. Prize wreck for me is a buff or a bongo or any fishing gear such as lobster pots, cod ends, back rope or nets. I trade buffs for bait and salt and bits and pieces of lobster pots. I work a few pots round where I live and all the gear, rope etc. is found material.

In the wintertime the sea takes its toll of birds, seals, dolphins etceteras, and I report all dead wildlife to the Cornish Biological Records Unit in Camborne. A phenomenon in recent years has been the trigger fish, a warm-water, semi-tropical fish from the Caribbean. A rarity in our waters ten years ago, it’s taken to visiting these shores. However it can’t survive when the sea turns cold in December and they wash up in large numbers, fresh but dead. I counted fifty on Constantine once. A crow will soon peck the eyes out leaving a neat hole on each side.

Last year almost every piece of wood we found was infested with ‘toredo worm’, a crustacean which burrows into wood and leaves a delicate shell-like lining in the tunnel behind it. Often there’s more tunnel than wood and the decaying worms cause a nauseating stench. But you get used to it and the wood still burns.

What do I do with my wreck? I only burn what can’t be used for building- fences, walls, sheds, furniture, shelves- it gets used quicker than I can find it. I built a fence entirely of wreck recently and it runs along the path which leads to the beach. I received a few adverse comments about it, mostly from folk more at home in Surbiton than on the edge of an ocean, but I consider it natural to build a wall on a beach out of wreck.

What are the tools of a wrecker? The same as they always were: broad shoulders, stamina, a strong torch and knowledge of the terrain. We are told that we live on a ‘Heritage Coast’. I don’t have a clue what ‘heritage’ is supposed to mean in the context of a coast but the dictionary gives the definition of heritage as ‘that which is or may be inherited’. My grandfather was a wrecker, so was my father, and I’ve always suspected that wrecking is genetically controlled in the sense that if there’s wreck on a beach I am programmed to pick it up. I can’t help it. It’s in the blood.