The Wreck of The Sillon

On Valentines Day 2014 I woke up to the stench of diesel. I knew then a boat had been driven ashore. There had been a fierce gale blowing all night and I’d heard last thing that the Padstow lifeboat had been called out.

I went down to the beach and there was debris everywhere. So the boat must be close. All over the beach were fish boxes, fish and the bits and pieces of a fishing boat and its contents.

I didn’t know then if everyone had been saved from the wreck so I was deeply concerned. Very soon a few Padstow fishermen arrived to scavenge what had come ashore and it was then that I found out that it had been a French boat with some Spanish crew and that all were saved. So I joined in. 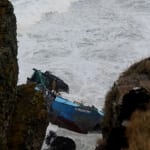 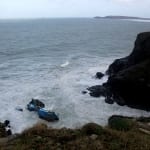 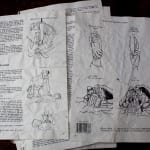 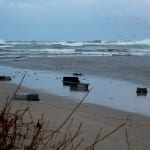 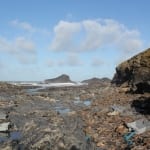 Back to Ships and Shipwrecks
Page load link
Go to Top